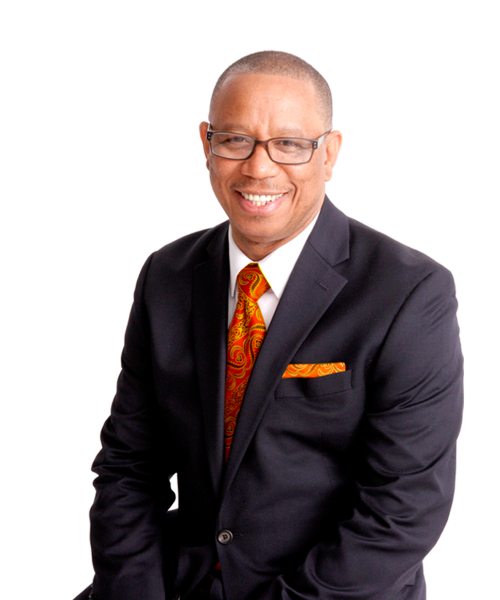 Dr. Peter Bonadie is a teacher and leader extraordinaire. He delivers the word with masterful understanding from an uncommon perspective. Dr. Bonadie has ministered to over half a billion souls, preached close to 50,000 messages, and delivered thousands of personal prophecies. The grace on his life has transformed individuals into an accurate and joyful relationship with Christ. His extraordinary understanding of the Kingdom of God equips the believer for high levels of management and productivity. His sharp prophetic gifting unveils the purposes of God to the hearers and bears a stern rebuke to enemy forces throughout the Kingdom.

Dr. Bonadie is a former Assistant District Superintendent of the Pentecostal Assemblies of the West Indies (St Vincent District), Former President of the Global Network of Kingdom Ministries and a member of the Apostolic Core of the Global Kingdom Community. As a certified nutritional Consultant and with an earned PhD in Religious Philosophy he imparts the manifested presence of God with intensity, clarity and grace.

Dr. Bonadie is the host of a weekly radio broadcast where he speaks to hundreds of thousands within the tri-state. He is also a local leader and pulls together the largest prayer altar during the annual 48 Hours of Prayer, where speakers from around the world join in to minister to souls. Dr. Bonadie is a published author and leaves his readership in an empowered position with a superb understanding on the subject matters discussed. Some of his most sort after books are, Understanding the Kingdom, Curses Causes and Cures, 7 Manifestations of the Curse, Kingdom of gods and Altars to Thrones.

Dr. Bonadie is the founder of Kingdom Life Ministries International located in Brooklyn New York and the CEO of Peter Bonadie Ministries.He is also a proud grandpa! 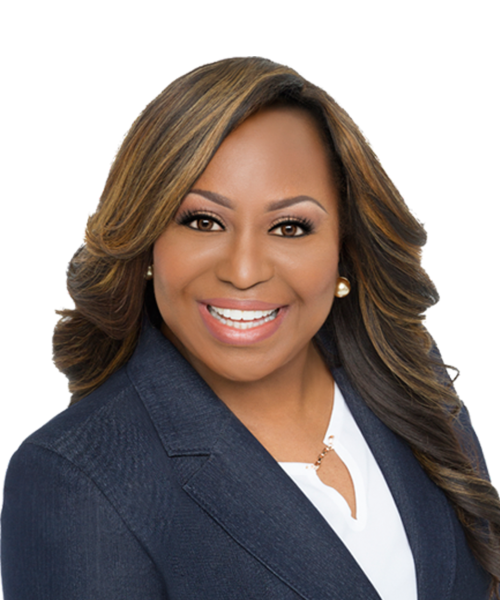 Dr. Cindy Trimm learned early on if “it is to be, it’s up to me.” Born into poverty in Bermuda, the sixth of seven children, raised by a single mother, she began tapping into her personal power to create change as a youth. With both an encouraging mother and empowered mindset, Cindy Trimm became the youngest senator in the history of her country, and was being groomed to become the first female Premier. As she began to summit what many thought would be her greatest success, Dr. Trimm found she could have a voice in a larger arena. She left Bermuda to launch a global leadership transformation organization, now known worldwide as Trimm International.
Today, as a bestselling author, Dr. Trimm is a sought-after empowerment specialist, revolutionary thinker, and transformational leader. She has earned a distinguished reputation as a catalyst for change and voice of hope to the nations. Listed among Ebony magazine’s Power 100 as the “top 100 doers and influencers in the world today,” Dr. Trimm is a featured speaker on the world’s largest platforms, a frequent guest on Christian broadcasting’s most popular TV and radio programs, and continually tops the National Bestsellers Lists.
Dr. Trimm combines her wealth of leadership expertise with her depth of spiritual understanding to reveal life-transforming messages that empower and inspire. Seasoned with humor, compassion, revelatory insight, and personal candor, Dr. Trimm translates hard-hitting spiritual insights into everyday language that empower individuals to transform their lives—helping change the path people take in search of meaning, dignity, purpose, and hope. 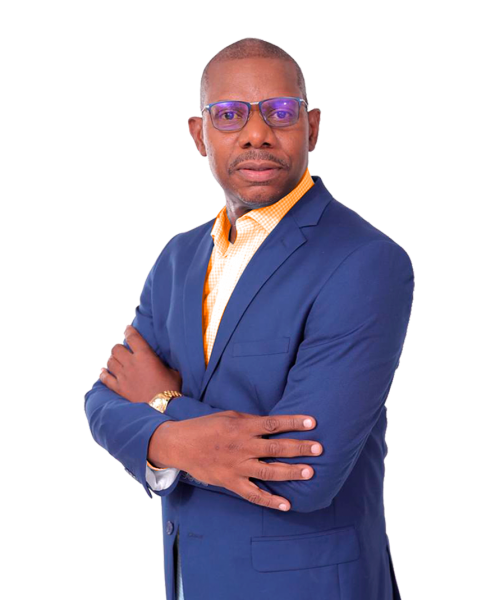 Anderson Williams brings with him well over twenty years of evident Apostolic competence. His resume is littered with powerful mentoring, revelation capacity, prophetic functionality, keen spiritual sensitivity and manifested building capability. Based in the island of Trinidad and Tobago, Andy as he is fondly called, is one of the founding members of Basileia Learning Space (BLS) – an open-house, “deep-dive” revelation environment specifically designed to service, empower and resource the Body of Christ. Anderson also serves as the Founder of the Global Round Table (GRT) – a ever-expanding coalition of global leaders with evident Apostolic influence who sit, strategize, think, plan, pray and consider correct execution of the advance of the Kingdom of God across the earth. He is also one of the founding members of the Advanced Apostolic Conversations (AAC). An initiative that seeks to activate and bring greater awareness of a more advanced and relevant Apostolic movement. The AAC is a Kingdom Roadshow that moves across the earth activating, empowering and mobilizing the Body of Christ to its earth-based responsibility. Anderson Williams is a simple man with a big heart for the things of the Kingdom. 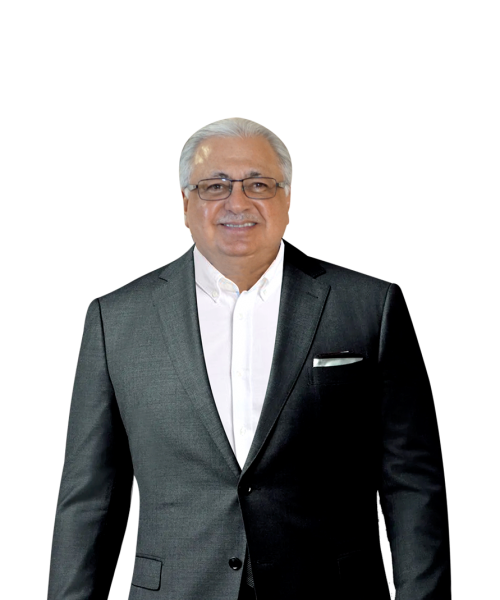 Dr. William D. Hinn has been involved in ministry since 1973 and has traveled extensively in the United States and overseas where God has used him to help establish and build churches in North America, Central and South America, the Canary Islands, and South Korea.

His humanitarian efforts have extended well beyond local ministry walls through his spiritual oversight and monetary support of missionary work in the Middle East, North & South America, and building of the William D. Hinn birthing center in East Timor in Southeast Asia.

Dr. Hinn holds a Master’s Degree and three doctorates, one honorary and two earned, including a Ph.D. in Biblical Studies from Tabernacle Bible College and Seminary in Tampa, Florida. Dr. Hinn was ordained as a Bishop on April 2, 2006 and is a registered member of the Joint College of Bishops with recognition from the Church of England.

Dr. Hinn’s teachings are in demand at ministry conferences around the world by pastors who look to him for guidance both as a spiritual father and Bible scholar, and as the overseeing apostle of their churches.

In 1988 Dr. Hinn established Resurrection Life Center in Orlando, Florida and Ark of Covenant International, a ministerial network that provides ordination, covering, education and covenantal fellowship to pastors and ministers worldwide.  He has abandoned his life to the Lord and to serving His people, and is considered as a Father/Pastor to many pastors.  His teachings on Father and Son Covenant have brought great healing to pastors and their congregations, and ministries have been impacted by his teachings on Church Government and the Kingdom of God.

He expanded the ministry in March 2000 to Southern California and established Resurrection Life Center International, an active church with members in North America and other parts of the world.   He also established Kingdom Embassies Alliance of Churches which is comprised of churches and ministries that look to him for spiritual oversight.  Dr Hinn is also in the process of developing Kingdom of Christ University, an accredited Biblical Institute of higher learning.

In 2012 Dr. Hinn expanded the ministry yet again with the establishing of Resurrection Life Church in the Dallas – Fort Worth Metroplex where he and his family continue to reach those that are hungry for deeper understanding of the kingdom of God.

By God’s grace, Dr. Hinn has been used mightily in unveiling the truth of God’s word, prophecy and healing for the edification of the body of Christ.  The vision of his heart is “That I may know Him, and the power of His resurrection, and the fellowship of His sufferings, being made conformable unto His death;” “…pressing toward the mark of the prize of the high calling of God in Christ Jesus, to the Honor and the Glory of the Father.” (Philippians 3:10 & 14)